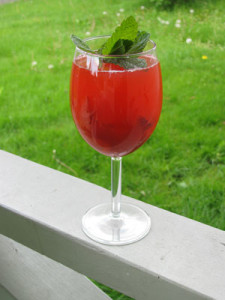 Folks, I’ve been taking a sabbatical for the first part of this year, which, as you know, is a traditional practice for someone like me who normally does the holy work of bestowing sacred teachings to the masses. Such work can take a lot out of you, as there are a lot of masses, so I decided to take it easy for a while and sabbatical it up big time.

The nice thing about a sabbatical is that you can work if you want to; you just give yourself an excuse not to for most of the time. In other words, it’s like attending a university, only for professional people and not lazy hippies.

Anyway, I decided to open my office to clients for a short time last month, and I had a new fellow walk in by the name of Brian.

Brian had stress written all over him. He looked done in enough that if you gave him a gentle shove, he would topple over. To test that theory, I gave said shove and he immediately fell over backwards onto my couch.

“What did you do that for?” Brian asked me.

“Please don’t question my methods, Brian, I’m a professional,” I said. Brian looked me up and down as if he’d never seen a man in flip-flops, a Hawaiian shirt and sun hat, which, as you know, is the traditional sabbatical uniform.

Rather than get into Brian’s obvious visible judgment of my appearance, I decided to talk to him about his other issues, or at least the one that brought him in there.

“The question you should be asking instead, Brian,” I said, “is just what the heck has got you so worn down.”

“I don’t know,” said Brian. “Everything seems to be going right. That’s what’s so weird about why I feel this way.”

“Start with what’s right, then,” I said, reaching for a glass of strawberry lemonade that Midgie had made earlier. Today’s lemonade was extra good, which I usually took to mean she was buttering me up for something. However, I’m not a man who resists being buttered, no matter the reason.

“Well,” said Brian, “my life is actually pretty good. I have a great family, and I have a great job. It pays well and it’s a decent schedule. My house is beautiful, and I even have the dog that I always wanted. I don’t understand what else I could put in that mix to make it more great, but… something doesn’t seem quite right.”

“Well you don’t look right,” I said. “Have you ever thought about going on a sabbatical?” I thought for a second, then waved my hand. “Don’t answer that, that might be something you have to earn,” I continued. “Tell me what doesn’t seem right.”

“I don’t know,” said Brian, “but I’ve felt tired and uneasy. Every time I get promoted in my job, I get more and more anxious, even though I know I can do it, and I like the work.”

“Brian, if all we had to do in order to be happy is run through a checklist of publicly-accepted happiness-generating activities, you’d be happy as a clam that is happy from his happy clam checklist.”

“The thing is,” I continued, “none of those things on your checklist have to do with who you are, which is what a happy life is all about. And by the look on your face, you don’t know what the heck I’m talking about, which is where the problem is. Someone gave you a formula for happiness that is just plum stupid, which is how you can be unhappy even in the happiest of circumstances.”

Brian, like many others who had sat exactly where he was sitting, just looked at me with an expression of pure confusion.

“Look at it this way, Brian,” I said, “you yourself have found a logical flaw in a belief system you have. You have no ‘reason’ to be unhappy, and yet you are. As a result, you’ve concluded that what’s wrong must be you, instead of the premise of that belief.”

I let that sink in as I emptied my lemonade. Getting treats from Midgie was one of the unexpected bonuses of going on a sabbatical, and some treats were extra special, such as activities where we invited our friend Kate. Just the same, I was getting restless on this sabbatical, and I figured I should probably get back to a full work schedule again. But for some reason, the thought of doing exactly what I was doing before wasn’t that motivating. I couldn’t imagine any pinnacle greater than the kind of work I do, so this was a bit confusing, but that’s what sabbaticals are for: to wait around and not think about stuff until you get bored enough to go back to what you were doing before.

Brian shook his head. “Dr. Matt, I couldn’t think about anything to change, really. What would I even do differently in my life?”

“That’s not the problem,” I said. “The problem is that humans evolve. Some humans evolve quicker than others, and some humans do everything in their power to evolve as slowly as possible. But, for you, you’ve come to a point where resisting your evolution is consuming all of your energy. It’s not about what you do differently, Brian. As I said, this is about who you are. This is about being something different. What you do as a result is irrelevant.”

I could see that this got Brian’s wheels spinning. “But… what would that be? What does that even mean?” he asked me.

I rubbed my mustache. “I’ll tell you what, Brian. I’ll take you on as a client, and we’ll figure it out.” I figured it was easier to tell Brian that than to tell him I hadn’t the foggiest how to answer that question. Sometimes, when you don’t know something, stalling for as long as possible is the best strategy.

I ended our session and scheduled another one with Brian for a month later. I figured I might as well get back to work. Of course, in the meantime, I headed to the kitchen for more of that tasty lemonade. Midgie always picked up fruits from the cart that a local guy, Gustav Streiff, set up by the farmer’s market. I’m glad she had such an aptitude for making such delicious fruit drinks and smoothies, because I never seem to know the first thing to do when Streiff hands me lemons.