Is it okay to betray a betrayer? 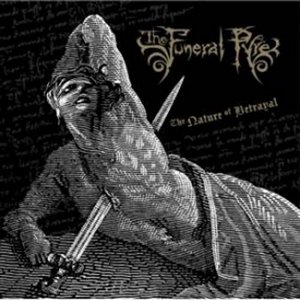 My boyfriend and I have been together for almost 2 years, though what we have is a long-distance relationship. Before we finally hooked up, he was broken-hearted because his ex left him. Then, after a while being together, he told me that he loves me and that he no longer loves his ex. When I hacked his email—I know, I’m bad—I saw email trails and chat messages of their love, all recent.

I cant tell him what I saw.  What am I gonna do?

Thank You,
Confused in Georgia

This is an unfortunately common relationship scenario.  You think some dude is betraying your trust, and in order to determine if he is, you betray his trust.  Then, you find out that he is indeed betraying your trust, but you don’t know how to confront him because you’ve already lost the ethical high ground.

Now, Hollywood movies would have you believe that all actions of the scorned woman are justified, but that’s usually in romantic comedies which are scientifically proven to be unrealistic, based on the fact that I am a scientist.  Let’s set the record straight.  From what you describe, neither of you has honored the other person in this situation.  You’ve both betrayed each other.  The fact that his betrayal was seemingly first is irrelevant, since you weren’t sure of that before you began to invade his privacy.

On the one hand, a relationship that is not built on trust can be extremely difficult, but if you wanted to salvage anything, at least you know that you are on equal ground.

Let’s clear up two other misconceptions: 1) Love is not subtractive, and 2) Love does not neatly conform to the conditions of relationship.

Let’s explain #1: Love is not subtractive. If I love Mad Men, and then start to watch Glee, and love Glee, it does not subtract my love for Mad Men.  Jealousy often makes the assumption that if love for another is discovered, then love that is directed towards you will automatically decrease.  If you get a kitten after getting a cat, do you hate your cat?  No, unless your cat is a jerk, which means it’s not about the kitten and it’s youthful adorableness.

On to #2: Love does not neatly conform to the conditions of relationship. The uncomfortable truth is that all people love their exes.  Even hating your ex is proof you love them, because hate is not the opposite of love.  If you did not love your ex, you would be indifferent to them; it wouldn’t matter what they did because they would be nothing to you.  Once a person gets over themselves, they often find that love again.  Sure, the quality of the love is different.  At minimim, you may recognize that that person helped you learn and grow, and maybe learn some new tricks in bed you got to use on the next person.  I just want to let the air out of the balloon that discovering love for an ex is somehow shocking.  It’s expected.  If you found indifference to an ex, THAT would be shocking, because it would probably mean your boyfriend was a sociopath.

Having said that, here’s the real problem, because it’s not the love for the ex.  It’s the sneaking around each other’s backs, and professing one thing and doing and feeling another.  The two of you have communication issues out the wazoo, and you’re right that it is a pickle.  You’re both facing the same problem, and what you don’t realize is that you can help each other, but first, for Pete’s sake, you have to open your mouth and start communicating.  Note that communicating does not involve yelling something mean, throwing an iPhone onto the sidewalk, and then running away.  I’m talking about volunteering information, asking direct questions, and being prepared for truthful responses.

If you want to make it somewhere, you can’t wait for other people to be adults around you.  Responding to sneakiness with sneakiness is not a forward progression, nor mature, nor loving.  When you’ve embraced maturity, and put that out there, then your boyfriend will either meet that maturity or not, and his response will tell you a lot.  First, be the better person for yourself, and from there, you can decide whether or not you want that turd bucket in your life.

Thanks for your question!