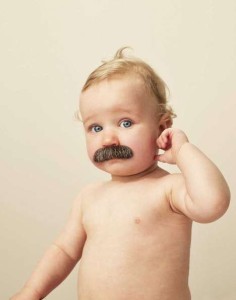 “The next time we meet, we are going to change your life forever.”

That was what I had said to Brian the last time I’d met with him, and here he was again, sitting on my couch. Normally, I don’t think much about just what the heck I say to anyone, but since I’d been on a sabbatical, Brian was the only client I’d seen. So Brian kept getting stuck in my head like that alien worm in that “Star Trek: Khan” movie.

Now, when Brian had told me that he was unhappy even though his life was happy, I had assured him there was another life he needed to have. I told him he was probably like Bruce Willis in Unbreakable, and any day now he would discover who he really was and start saving some children while avoiding swimming pools.

The problem is, no matter if all that was true, none of that seemed to be sitting right with Brian, or sounded right to me when the words came past my mustache. Normally, pretty much every word that travels out of my mouth sounds dead-on, and it was irritating me that solving Brian’s life had me so pickled.

Brian looked a bit confused. “You give up?”

“It’s obvious I don’t have a plum clue about you, Brian. And I always thought I had an answer for everything. I gotta tell ya, you’ve really ruined my life.”

I waved his comment away. “I wouldn’t be sorry. Sometimes life needs some ruining. And then what you do is you let that life go and you make a new one. It may look almost identical to the old one, but the difference is that you know something different about that life. So how you treat it is going to be a heck of a lot different than before. I used to think that what defined me, Dr. Matt, was that there wasn’t anything I couldn’t solve. But maybe what really defines me is that there isn’t anything I’m afraid to face. Also, my mustache.”

“But what about me?” said Brian. “I still don’t know what to do about my life.”

“I haven’t the faintest, Brian. I’m sure it’s simple, but for the life of me, I can’t figure out what it is. And for whatever reason, that seems perfectly alright by me.”

Shortly after, Brian left my office. He tried to start a debate about paying for the session, but I’m not running a charity here.

I went downstairs and found Midgie, who had just finished making some of that tasty strawberry lemonade, and handed me a glass like she’d been waiting for me.

“You know, Midgie, it went pretty well,” I said. “In fact, I think I might get back to work, and give the world a lot more of me. Regardless of what the world thinks it wants, it’s really the best for me. I’m glad I did this sabbatical. I learned something about me, and I did it without anyone else’s help. I learned that I’m not afraid to face anything.”

Midgie put down her glass and smiled.